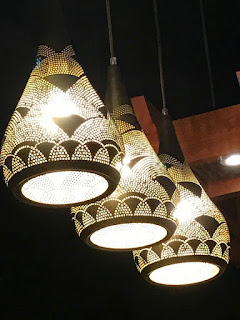 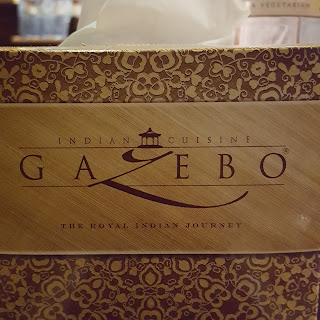 When the noise and the humdrum of the world outside is far too much for you, take a breather and come to Gazebo. It is one place that's guaranteed to offer you a feeling of coming home. Do let me explain...


We’ve just returned from my brother’s wedding in India. If you know anything about Indian weddings, you know how loud, long and loving they can get. There’s always ample food that you can’t refuse and lots of excess baggage that you inevitably bring home. We were happy that all went well and we were equally happy to return to the peace and quiet of Sharjah. Believe me there’s a lot of it here. My mornings are spent with a cup of chai watching the world go by.

Since it was the weekend, we decided to go across the road to our favourite venue, Gazebo. It has been around for close to two decades and the food and the service is always top notch. The group of restaurants has in fact opened five new outlets recently.

Where it all began
As with any good establishment, things grow. From humble origins the Gazebo group, now has 17 restaurants across UAE that offer signature authentic Indian dishes prepared by chefs, who are descendants of the bawarchis (cooks) and rakabdars, presiding over the Mughal kitchens.
Irfan Gaya, Managing Director of Gazebo, says the restaurant was initially set up to fill the gap in the market for an authentic Dum Pukht restaurant. Today Gazebo has won awards for bringing to the table traditional recipes from the royal kitchens of Lucknow, Awadh and the North Western Frontier, which were ruled by the Dum Pukht cuisine. 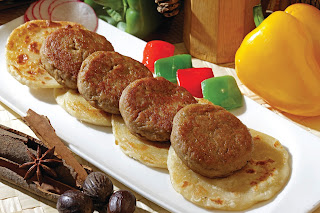 Dum cooking is done with live coals placed in layers under the cauldrons to impart just the right amount of heat to cook a particular dish. This, like many other little details are part of the trade secrets, which have been passed down from one generation to the next.
“As passionate food connoisseurs, we never make compromises on the quality of ingredients, authenticity of the cuisine or the skill of the Chef. We ensure all our outlets reflect the standards set by our flagship restaurant that has positioned us as the best Indian in the country,” he adds.
The Biryani at Gazebo is legendary. It sits in the menu as the uncrowned king of the Dum Pukht family. While we laughed and shared pics of earlier visits to Gazebo, our doting waiter Aqeel coaxed us in to ordering at least one biryani. He was spot on. With just one bite, I was suddenly transported to Hyderabad where I had tasted a home cooked biryani with all its amazing aromas.

When you are at Gazebo you will be stumped with a million choices. I'd strongly recommend the Jhinga Zaitooni, Palak Paneer and the Dal Makhani. There's something for both vegetarian and non-vegetarian foodies. The gosht galawati kabab literally melts in your mouth. Make sure you’ve saved room for dessert as the rasmalai and rabdi will leave you smiling from ear to ear.


Gazebo also delivers fresh and steaming hot food to your doorstep. We’ve ordered their food when my Dad was on a short visit from Kuwait and various family members were in town to celebrate his birthday. I’ve also visited the same branch just before I delivered my first baby.  He is now 10 years old. Those tastes, those memories don’t come easily. They come when food is prepared with love.

Thank you for visiting the blog. You are encouraged to leave your comments, views and feedback.

Popular posts from this blog

Museum of Illusions, Dubai - a treat for all age groups 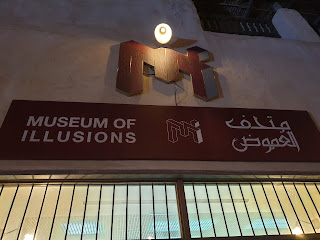 We recently visited the Museum of Illusions Dubai, and were completely immersed in a world of discovery. Situated in the quaint Al Seef District, the city’s newest Instagram haven and edutainment venue, is fun for the whole family. The largest branch in the chain’s 14-strong global network, Museum of Illusions Dubai is filled with an array of tricks and mind-boggling puzzles that is certain to keep you hooked. The museum features a range of illusions, displays and games to suit visitors of all ages. For me, the highlight was the Vortex Tunnel, the first of its kind in the UAE! The tunnel gives you an immediate dizzy feeling. It is as if the ground is shifting under your feet as you navigate through a rotating cylinder – which surprisingly remains a stable and flat surface! Once you get to the other side, you will be certain to try it again. The Mirror Room is equally fun, as is the Infinity Room. Every exploratory area tempts you to resist the laws of gravity and shapes.
Read more

With great pleasure, I would like to announce the launch of my new website abioriginal.com  on which you will be able to view all of my new and upcoming blog posts.
Read more

You will want to visit Bar Baar 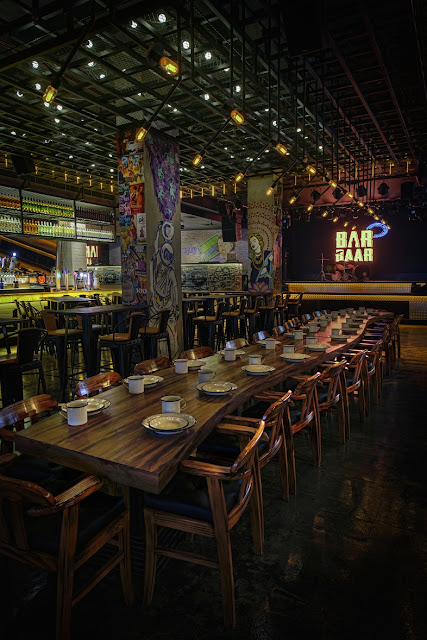 Many people from my home country, India often say that Dubai is so much like home. That is pretty accurate. With so many residents from the sub-continent and a plethora of Indian dining options, it is easy to forget that home-sick feeling. One venue that pulls out all the stops offering an authentic Indian dining option, is Bar Baar. This fun gastronomic pub located at Majestic Hotel, Bur Dubai, is designed in a colourful desi-style. From various comfy couches, to film posters and an array of mouth - watering treats, the venue is sure to leave you delighted. We actually dined on an old carrom board! The Thela Bar Baar brunch is set up on Fridays from 1pm to 4pm and is priced at Dhs. 99 without drinks. With live music and a few brightly lit up food stalls, I knew we were in for a treat when we walked in. Lovers of spirits can try the brunch for Dhs. 199 and premium spirits at Dhs. 259 respectively. Choose from a varied quirky selection of 65 dishes from savoury snacks to main
Read more